More than one in three former professional footballers over 40 suffer from knee cartilage damage, according to a FIFPRO study

We are therefore encouraging club medical staff to do all they can during a player’s career to help them prevent osteoarthritis in later life.

We also want footballers to be conscious of the long-term effects of knee damage.

Paying the price of knee injuries

The FIFPRO study, which involved 400 active and 900 former professional footballers, revealed that 35 percent of ex-players over the age of 40 are suffering from knee osteoarthritis, a degenerative joint disease. This compares to 8 to 13% of the general population in the same age group.

The study also revealed that footballers are 2.5 times more likely to suffer from knee osteoarthritis with every severe knee injury during their career. These findings raise concerns that active players are risking their long-term health, or don’t know about the lasting effects of serious knee injuries.

FIFPRO'S DR. Vincent Gouttebarge recommends you arrange a post-career consultation and strengthen your knees by following a fitness program. 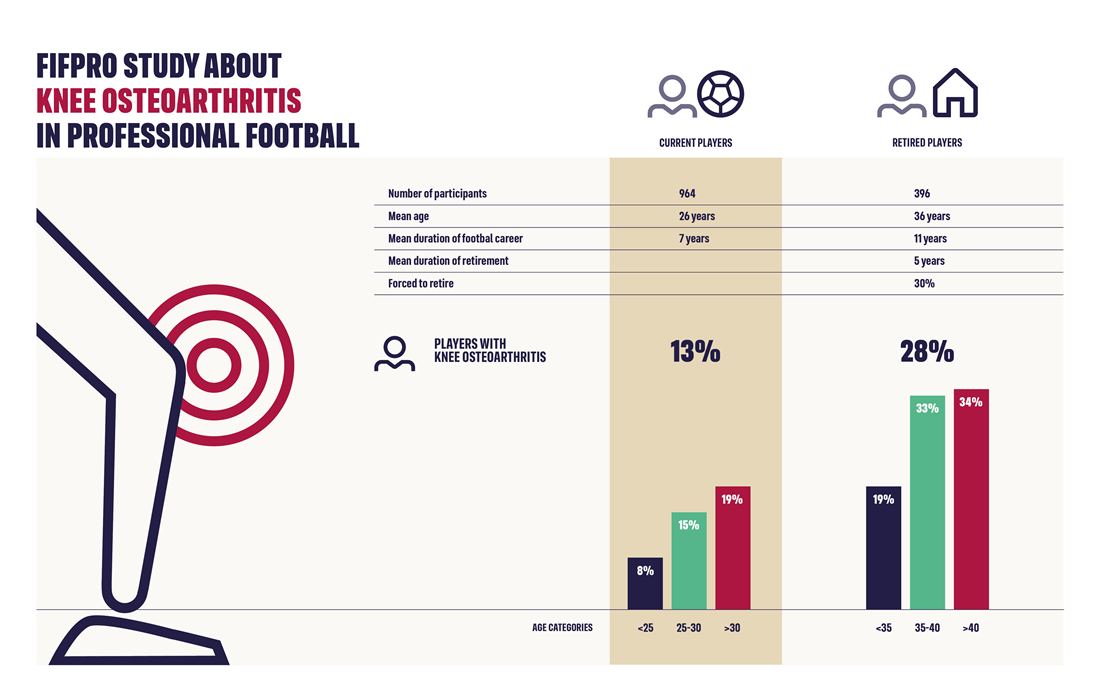 Why Pontus Kamark turned down a World Cup

Some players see the dangers signals, which is why Pontus Kamark quit when he was 32 after three cruciate ligament surgeries. “My doctor noticed that my knee cartilage was almost gone. He advised me to stop.”

Based on this advice, Kamark decided not to join Sweden’s 2002 World Cup squad because he did not feel fit enough. He also wanted to be active and play sports for the rest of his life. He says some of his peers have not been so lucky. One of them, Hakan Lindman, has two plastic knees and “can barely walk,” he said.

Malmo defender Rasmus Bengtsson coped with knee problems for a year before opting for surgery. The meniscus was removed from his left knee. The cartilage was already gone. His recovery took ten months. “Maybe if we had done the operation immediately the recovery could have been easier and faster.”

Bengtsson played with pain because he had just joined Malmo and wanted to prove himself. “When you are young or moving to a new club, it would be helpful if physios hold you back when you are not fit. It is very difficult for a player to say that he does not want to play.” 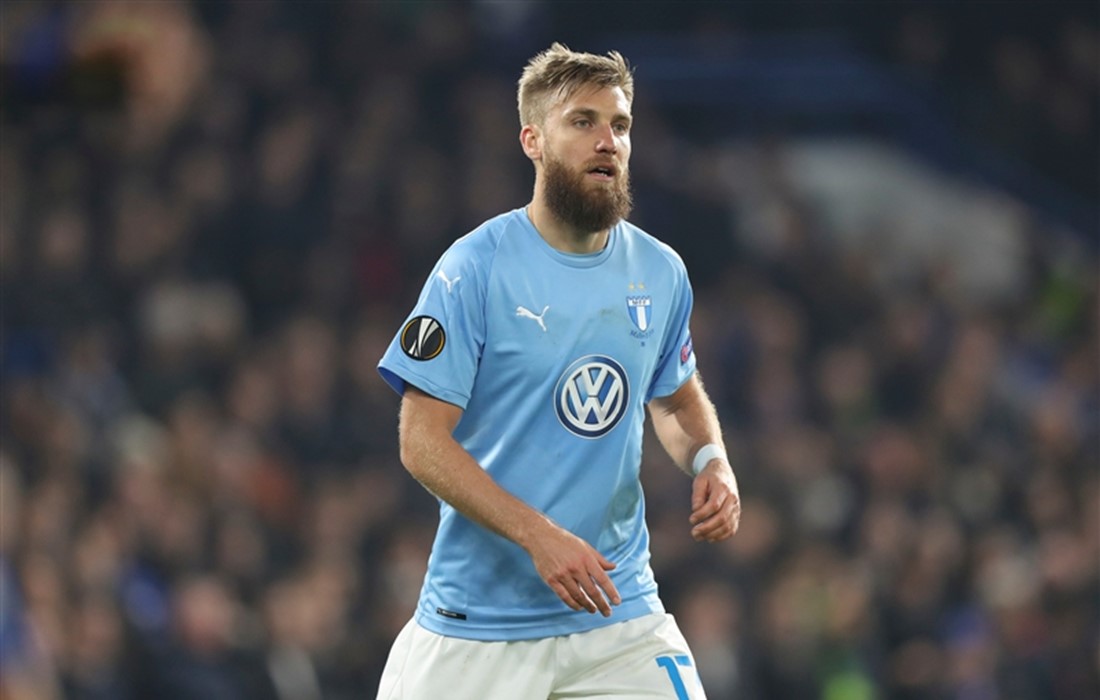 FAILING TO REPORT A MATCH-FIXING APPROACH CAN HARM YOUR CAREER